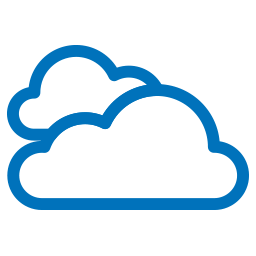 During the night, between 01:30 AM and 02:00 AM, the Trapani-Birgi “Vincenzo Florio” Airport has carried out a full-scale drill, with air accident simulation.

For the purpose of assessing the efficacy of the new Airport Emergency Plan, the timeliness of the intervention and the coordination capacity of the different players involved in the rescuing operations, Airgest, Enac, Italian Air Force, Fire Brigades, 118, Soc. Ontario Airport Healthcare System, EPE, Police Department, Guardia di Finanza and Carabinieri, with Ryanair cooperation, which has kindly made available one of its aircraft with the related crew, have created a simulation involving 25 vehicles and approximately three hundred people; 93 students of the Trapani Aeronautical and Nautical Institution participated in the drill, acting as passengers of the Trapani-Naples flight.

In order to make the simulation more realistic, as expressly requested by Airgest, the simulation scenario was not previously revealed, to make the participants’ (and rescuers) tension and attention level as high as possible. A B737-800 was placed in the parking area, and, almost at the end of boarding operations, an unforeseeable situation was created: a fire was simulated within and outside the cabin, due to a fuel leakage.

The aircraft pilot promptly notified the situation, and the control tower put the disaster relief in motion, by activating the airport emergency plan management system. In the blink of an eye, all players involved were notified, and in less than two minutes the airport department Fire Brigade and the Italian Air Force 37th Fighter Wing Fire Prevention Service vehicles reached the location of the accident. Soon after, several other vehicles from the Provincial Fire Brigade Command and from 118 reached the location, to complete the disaster relief line-up established by the emergency plan, and to ensure the rescue of the 93 passengers and crew members, all promptly entrusted to the care of the Soc. Ontario, Italian Air Force Healthcare System and 118’s personnel.

At the same time, the Emergency Operative Centre – to which all the representatives of the players involved refer – and the Airport Emergency Procedures – which include support measures to survivals and their families/friends – were set in motion; the latter involved the intervention of the EPE Psychologist TEAM, whose members have been trained to support the families of the victims.

The drill was completed with a positive outcome, and allowed us to check the efficacy and synergistic cooperation of the emergency plan and of the fire-prevention and civil-military healthcare forces, which pertains to the nature of Trapani’s airport, which is a military airport open to civil traffic.