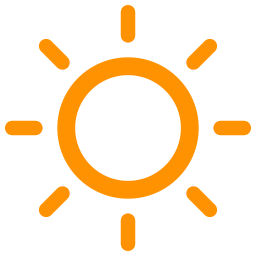 From Sicilian Region strong incentive for the airport of Trapani. The applause of Airgest and all the existing routes.

The chairman of the board of Airgest Paolo Angius: “We evaluate this commitment of the Sicilian Region as one of the main points for the revival of future tourism planning”

Trapani, 04 June 2018 – From the Sicilian Region comes a strong support for Trapani airport. In fact, from the tourism regional department has been issued the new decree allocating the amounts assigned for the year 2020
with the regional stability law, equal to 4.725 million, which are added to those already allocated for the purposes referred to the Regional law 24/16 for the promotion of the territory belonging to the airport Vincenzo Florio of Trapani Birgi, for a total of over 17 million.

The result was reached with satisfaction by Airgest: “We estimate this commitment of the Sicilian Region as one of the main points for the revival of future tourism planning – stated Paolo Angius, chairman of the board of Airgest. The airport – continues – despite the decline in passengers, compared to last season, compared to a reduction in Ryanair’s flights, has acquired a greater number of carriers ».

In addition to the existing Ryanair connections, which has planned the destinations Milan Bergamo, Baden-Baden, Frankfurt Hahn and Prague, other airlines have also been added. There is Alitalia with Rome Fiumicino and Milan Linate on daily basis, Ali Blu Malta with Cagliari and to Malta airport, Blu Air on Turin and a charter company Corendon, which goes to Amsterdam, Maastricht and to the airport Enfidha-Hammamet in Tunisia.

Lastly, until June 30th, Mistral Air airline will fly to Pantelleria, a service that will be taken over by Danish Airlines from 1 July. In addition, both Ryanair and Alitalia, have included on their booking systems the destination Trapani, also for the winter season, Alitalia for Milan Linate and Rome Fiumicino routes, and Milan Bergamo, Bologna, Pisa with Ryanair.